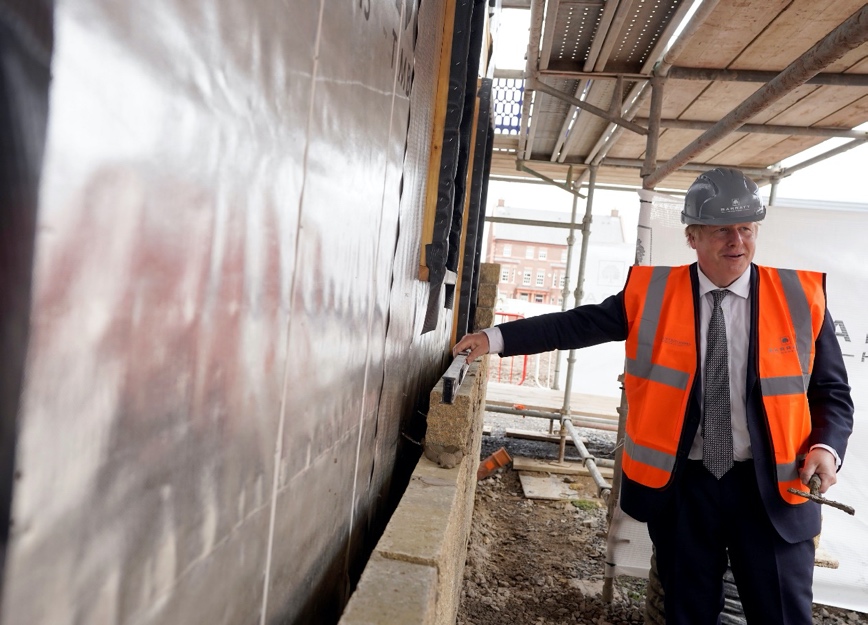 The visit came as part of Johnson’s build back better campaign, visiting sites across the country to speak on new planning reform and learn more about the future of the construction industry.

Johnson met apprentices Jack Smith and Liam Edwards, and also spoke to members of the community via zoom.

Visits like this are an important part of the AIMCH project, as one of the project’s goals is to further awareness and understanding of offsite manufacturing. AIMCH will continue to inform and consult with key government and industry stakeholders as it passes the half-way point of the three-year project.